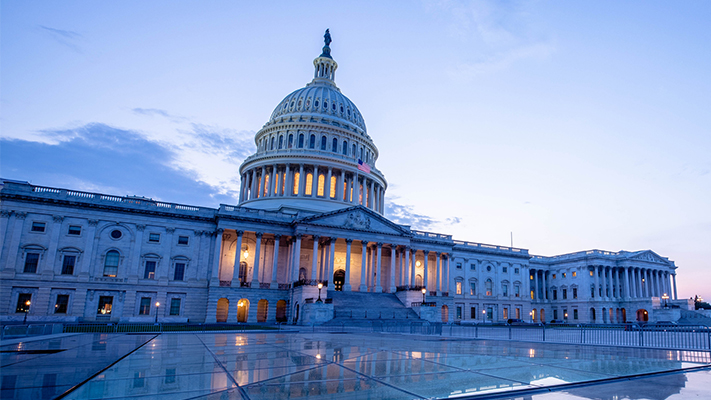 Q:  What would disqualify a termed employee from being eligible for the subsidy?

Regarding reduction of Hours: While the subsidy applies only in the case of involuntary (as opposed to voluntary) terminations of employment, DOL guidance makes clear that it applies to both voluntary and involuntary reductions of hours.

Thus, the subsidy is not available to qualified beneficiaries whose qualifying events are, for example, voluntary terminations of employment, divorce, death, or a dependent child reaching age 26. The subsidy, like COBRA coverage in general, is not available to individuals terminated due to gross misconduct

Q:  If an employee was involuntarily terminated and since then passed away, are his dependents cobra subsidy eligible?

A:  If the employee was COBRA- and subsidy-eligible before his death, his dependents should also be eligible.

Q:  What is an “involuntary termination?”

A:  An involuntary termination of employment is defined as a

a severance from employment due to the independent exercise of the unilateral authority of the employer to terminate the employment, other than due to the employee’s implicit or explicit request, where the employee was willing and able to continue performing services.

In practice, the determination of whether a termination is involuntary is based on the facts and circumstances. Following are some specific examples of terminations for which guidance has been provided:

Q:  If an employee’s FMLA ran out on 8/1/20 and he was terminated, are he and his dependents eligible for the subsidy?

A:  It is not always clear when termination of employment is involuntary. For example, an employee may be told by the employer that termination will likely occur unless the employee “voluntarily” takes an early retirement package. We are still waiting for agency guidance that will clarify the definition of involuntary termination. Assuming this scenario is considered involuntary, the employee and his dependents will be subsidy-eligible if they are still within their COBRA coverage period and are otherwise eligible for the subsidy.

Q:  Is a participant who is enrolled only in vision or dental coverage eligible for subsidized medical coverage?

A:  Yes, if the participant was enrolled in medical coverage prior to termination, was eligible for COBRA coverage following termination, and otherwise meets the subsidy eligibility requirements.

Q:  Is COBRA premium assistance available for participants in vision-only and dental-only plans?

A:  Yes. COBRA premium assistance is available for continuation coverage of any COBRA=eligible group health plan except a health FSA.

Q:  If an otherwise eligible individual has enrolled in other group coverage, but the coverage has not yet taken effect, is the individual eligible for the COBRA subsidy?

A:  Yes. COBRA premium assistance is available to a potential assistance eligible individual until the individual is permitted to enroll in coverage under any other group health plan (including during a waiting period for another plan).

A:  Yes. Enrollment in other group health coverage before electing COBRA does not end the period of eligibility for COBRA continuation coverage.

Q:  Can an individual who is otherwise eligible for the COBRA subsidy but is currently enrolled in individual health insurance coverage through an Exchange elect COBRA coverage and receive the premium subsidy?

A:  Yes; however, the individual will not be eligible for a premium tax credit to help pay for coverage under the Exchange during any month that the individual is enrolled in COBRA.

Q:  Can an employer require that its employees self-certify or attest that they are eligible for COBRA premiums assistance?

A.  Yes. Employers who claim the tax credit must retain a self-certification or other documentation to substantiate that the individual was eligible for the subsidy.

Q:  Can an employer rely on an employee’s attestation regarding a reduction in hours or involuntary termination for the purpose of substantiating eligibility for the premium assistance tax credit?

Q:   When does an employer become entitled to the premium assistance credit?

Q:   How does an employer claim the premium assistance credit?

A:   An employer should report the credit and the number of individuals receiving COBRA premium assistance on the designated lines of its federal employment tax return(s), usually Form 941 (Employer’s Quarterly Federal Tax Return).

In anticipation of receiving the credit, the employer may (1) reduce the deposit of federal employment taxes, including withheld taxes, that it would otherwise be required to deposit, up to the amount of the anticipated credit, and (2) request an advance of the amount of the anticipated credit that exceeds the federal employment tax deposits available for reduction by filing Form 7200 (Advance Payment of Employer Credits Due to COVID-19).

Q:   May the employer reduce its federal employment deposits in anticipation of the premium assistance credit?

A:   Yes. If the anticipated credit exceeds the federal employment tax deposits available for reduction, the employer may file Form 7200 to request an advance for the remaining credit.

Q:   How does an employer with no employment tax liability claim the credit?

Q:  Is the premium assistance credit included in the employer’s gross income?

Q:  May an employer claims the premium assistance credit with respect to amounts considered qualified wages under the CARES Act or as qualified health plan expenses?

A:   No. An employer may not claim a double benefit with respect to these amounts.

Q:   Is an employer that uses a third-party payer (such as a reporting agent or payroll service provider) to report and pay employment taxes to the IRS entitled to receive the premium assistance credit?

A:   Yes; however, different rules apply depending on the type of third-party payer the employer uses. Refer to IRS Notice 2021-31 for a detailed explanation of these rules.

A:   The employer is entitled to the credit on the date the participant is reimbursed.

Two recent governmental changes were announced that will affect the availability and administration of COBRA benefits in 2021. This letter summarizes these changes and what they mean for your employees and your company.

In March of 2020, the Department of Labor (DOL), Department of Treasury (Treasury), and Internal Revenue Service (IRS) extended certain benefits-related deadlines for HIPAA special enrollment, COBRA elections, appeals, external reviews, and ERISA notices and disclosures. The relief was provided pursuant to ERISA §518 and Internal Revenue Code §7508A, which allow certain compliance deadlines to be disregarded for a period of up to one year in the event of a public health emergency. Although the 2020 notice provided relief through the end of the outbreak period (60 days following the end of the National Emergency, which is ongoing), the one-year limit specified in §518 and §7508A expired on February 28, 2021.

On March 1, 2021, EBSA Disaster Relief Notice 2021-01 (Notice) was issued by the DOL and approved by IRS and Treasury. The notice clarified that the one-year extension period allowed under §518 and §7508A would be applied on a case-by-case basis, meaning that each individual’s deadline will be disregarded until the earlier of:

For example, if an individual’s initial COBRA election period would have expired on March 15, 2021, the individual will have until the earlier of March 14, 2022 or the end of the outbreak period to make an election. In no case will the delay exceed one year.

The Notice encourages plan administrators and fiduciaries to

In a separate action, Congress passed the American Rescue Plan Act (“ARPA”), which provides a 100% subsidy on COBRA medical, dental, and vision premiums for “assistance eligible individuals” for the period beginning April 1, 2021 and ending September 30, 2021.

How is the subsidy funded?

The COBRA subsidy is paid by the federal government. But ARPA requires employers to front the full cost of premiums owed to a plan administrator. This means that:

Who is eligible for the subsidy?

An assistance eligible individual is any individual (including a covered dependent) who loses coverage as the result of a reduction in hours or involuntary termination (for reasons other than gross misconduct) and is not eligible for other group health coverage or Medicare. The class includes those:

A dependent child who loses coverage because of age (i.e., reaches age 26) is not eligible for the subsidy.

How do participants receive the COBRA subsidy?

Participants eligible for the subsidy who are already enrolled in COBRA as of April 1, 2021 are not required to take any action; they will automatically receive the subsidy. Current enrollees must be notified of the subsidy, and individuals who have already paid premiums for any portion of the April-September subsidy period must be reimbursed for the amount previously paid. Employers may apply for a payroll tax credit for the reimbursed amounts, as described above.

Election notices describing the premium subsidy must be delivered to assistance eligible individuals prior to May 31, 2021. Plans must send a new election form or add a disclosure form to existing election forms; the new forms must include:

The DOL will release sample model notices and model election forms on or before April 11, 2021.

Assistance eligible individuals must elect coverage within 90 days of the date of the election notice; the enrollment extensions provided under EBSA Disaster Relief Notice 2021-01 (described above) are not recognized. An employer may allow enrollees to elect a plan that is different from the plan in which he or she was enrolled prior to the qualifying event if: (i)  the premium for the alternate coverage is not more than the coverage in which the employee is currently enrolled and the alternate plan is offered to similarly situated employees; (ii) the coverage is not an excepted benefit, such as dental and vision only; and (iii) the group health plan is not an FSA or HSA.

When does the subsidy end?

Note: if an individual previously elected COBRA coverage for dental-only or vision-only coverage and subsequently becomes eligible to enroll in another group health plan that does not offer dental or vision coverage, the individual’s eligibility for premium assistance will end.

How do these rules affect employers not subject to COBRA?

Very small employers (under 20 employees) are not subject to COBRA; however, many states, including California and Arizona, offer “mini COBRA” programs that apply to these small employers. Although ARPA expressly includes “mini-COBRA” plans offered at the state level in its definition of COBRA continuation coverage, it does not explain how the subsidy will be administered for state plans. Additional guidance is expected in the coming weeks.

What are the next steps?

Pinnacle will work with you to identify individuals who may be affected by ARPA and the EBSA Disaster Relief Notice 2021-01. As your COBRA administrator, we will:

We recognize the challenges that come with these new policy changes, and we want to assure you that we remain dedicated to serving our members. As always, we’re here to help with any questions regarding these new requirements. Please contact your Account Manager with any questions or concerns.